Learning from Kobe: Mindset of a Winner

Different generations look at the same themes differently They have different feelings, images and associations. A valuable exercise is to watch the below video by Kobe Bryant in a group or a two-way discussion consisting of several generations.

Here is a great exercise to do with colleagues from different generations.
Discuss the following 9 themes to get to know and appreciate each other better.

Theme 1: Recruitment Approach
Kobe answers the question 'how would you recruit me?': 'You want 1st place, come play with me. You want second place, go somewhere else'.

Theme 2: Work and Learning Ethic
Kobe says: 'everything was done to try to learn to become a better basketball player. Everything. I had to rely on skill a lot more, I had to study the game a lot more. But I enjoyed it though'.

Theme 3: Focus and Mental Switch
'It is like an actor getting ready for a movie', says Kobe. When he entered the cage, he stepped into his role and wanted to be left alone. He put on a mental switch.

Theme 4: Mental and Emotional Strength
Kobe says: "Get over yourself. Forget about your self-image and shame regarding mistakes' and 'it's not about you man'. Aim at putting aside our ego for the sake of team performance and joint success.

Theme 5: Tailoring Your Training Program
He had to improve a lot to become and stay the very best. And received tailor-made training programs.

Theme 6: GOAT Mountain (Greatest Of All Times)
He talked to his role models. Michael Jordan in particular. Asked about the ins and outs of the game. To learn from them. Who do you guys learn from? Who do you proactively seek out?

Theme 7: Commitment Choices
His private relationships suffered because of his ambitions. But he also knew that people who loved him wanted him to do this. He wanted to avoid regrets regarding having to conclude later that he had not given everything.

Theme 8: Obligation to Perform
Kobe also performed on some days even though he had physical discomfort and sometimes even injuries. On the days when he felt it was really necessary.

Theme 9: Culture of Obsessiveness
As an investor and a member of a basketball team, he believed and believes in the power of a culture of obsessiveness. Do you too?

Enjoy watching the video and discussing the 9 themes or perhaps other parts of the video or other topics related to the video.

Would appreciate it if you let me know if and how the video was valuable to you. 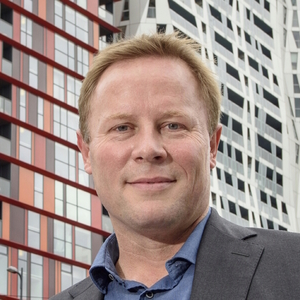 Dirk Van Uffelen
Are we looking at a generational war?
Cross Generational Mindset

Find your drive in a few steps and allow yourself more satisfaction, more fun, more success